60s Quizzes – Collection of ready-made quiz rounds on the topic of the 1960s. 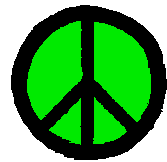 3. Which puppet was designed in 1962 and was originally voiced by Ivan Owen?

4. In which year of the 60s was the film of ‘The Sound of Music’ released?

5.The ‘trimphone’ was a famous gadget from the Sixties and the first four letters were originally an acronym. What did the TRIM stand for?

6. Which 1965 film was directed by David Lean and starred Omar Sharif and Julie Christie?

Top of the Pops

9. In which year did the last executions take place in the UK?

10. The partner to which famous doll was introduced by Mattel in 1961?