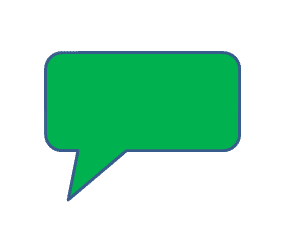 Can you identify the products, past and present, from the advertising slogan?

Celebrity real names quiz – These are the real names of some famous celebrities – can you identify them?

To download the ‘Celebrity Real Names’ quiz as a PDF contestant question paper, please click on the grey box below:

1. How many pints are there in a firkin?

2. Grenadine is made from which fruit?

4. Which liqueur comes in a bottle split into two; one side containing a white chocolate liqueur and the other a dark, coffee-flavoured liqueur?

5. Which juice drink takes its name from the Maori phrase meaning ‘be healthy’?

6. Which country in the world drinks the most wine?

Italy (54 litres per person per year)

7. What is the Greek drink of Ouzo flavoured with?

8. ‘The Champagne of Beers’ is a slogan belonging to which beer company?

9. Which brand of beer does Homer Simpson drink?

10.How many standard wine bottles are the equivalent of a Melchior?

To download the drinks quiz as a PDF contestant question paper please click on the link below:

Quiz 13 Round 4
Food and Drink

1. Which chemical element has the lowest melting point?

2. Riboflavin is known as which number vitamin?

3. Who invented the electric, pop-up toaster?

4. Which chemical element is represented by the symbol Cd?

5. Which organ is affected by cirrhosis?

6. What was the name of the first test-tube baby?

7. What is the common name of the inflammatory condition of prepatellar bursitis?

8. Which is the only orchid plant that produces edible fruit?

Vanilla orchid (which is where vanilla pods come from)

10. In caves, which protrudes downwards from the ceiling, stalagmites or stalactites?

Quiz 13 Round 5
Science and Nature

This week’s history round is all about famous historical characters. We shall give you a brief description of this person from history, you need to tell us who is being described. We have omitted rather important information in some cases to make things more difficult!

1. Born in November 1867 in Warsaw, she was the first woman to win a Nobel prize and was also the first female professor at the ‘Sorbonne’ in Paris.

2. Born in Portsmouth, England in 1806, this famous engineer created the Great Western Railway

3. This Welsh poet was born in 1914 and although best known for his poetry, also recorded radio for the BBC in the 1940s.

4. This English naval administrator and member of parliament was born in February 1633, although he is now more famous for something else he created.

5. This explorer was born in 1874 in County Kildare. In 1916 he reached heroic status when he rescued his crew members when their boat became trapped in ice.

6. Born in January 1932, this zoologist undertook an extensive study of gorilla groups in Rwanda before she was murdered in 1985.

7. Born in Wiltshire in 1632, was one of the most acclaimed English architects and was responsible for the rebuilding of 52 churches after the after the Great Fire of London.

8. This wife of Henry VIII was born around 1520, although the exact date is not known. She was the cousin of Anne Boleyn and had been a lady-in-waiting for Anne of Cleves until she had caught Henry’s eye.

9. This English monarch was born in 1312 and died in Richmond in 1377. In 1337 he declared himself the rightful heir to the French throne, invading France and starting the Hundred Years’ War.

1. How would you translate the Latin phrase ‘cave canem’?

Beware of the dog

2. In the Loony Tunes’ cartoon, what was the cat Sylvester’s catch phrase?

3. How many tiles of the letter ‘e’ are there in one Scrabble set?

4. What is Madonna’s middle name?

5. Which planet in our solar system is the second closest to the sun?

6. What vegetable provides the majority of the flavour in a Dupiaza curry?

8. What is the capital city of Togo?

9. In which musical would you find the songs ‘I Dreamed a Dream’ and ‘Empty Chairs at Empty Tables.’

10. What was Hillary Clinton’s maiden name?